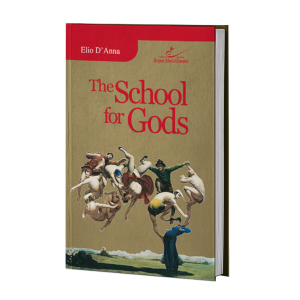 Everything starts as he meets the ‘ Dreamer’  who tells him that he has to overturn his vision of the world- he says that the outer world a man lives in is nothing but the mirror of his inner world, and that the outer events that happen to him are only reflections of his inner being, or in His words:

‘the world is such, because you are such’

‘vision and reality are one and the same thing’

The Dreamer says that the outer world is the materialization of our inner states, of our feelings, thoughts and emotions, and that a man can hence change the outer reality that surrounds him, and with it the course of his destiny by intervening on- and modifying his inner states.

The slightest change in your being moves mountains in the world of events.

In the book are a lot of these phrases, which are all written in cursive so the reader can find them easily reading only a few of them will make it clear to you what the whole book is about!

The Book not only shows the root and primary cause of all the world problems which is the fact that the world is governed by apparently negative emotions, but also offers readers the solution:

Since negative emotions are ‘unreal’ they are not only avoidable but the worthiest ‘adversaries’ to conquer… the winning of each illusion is opening new and unimaginable frontiers.