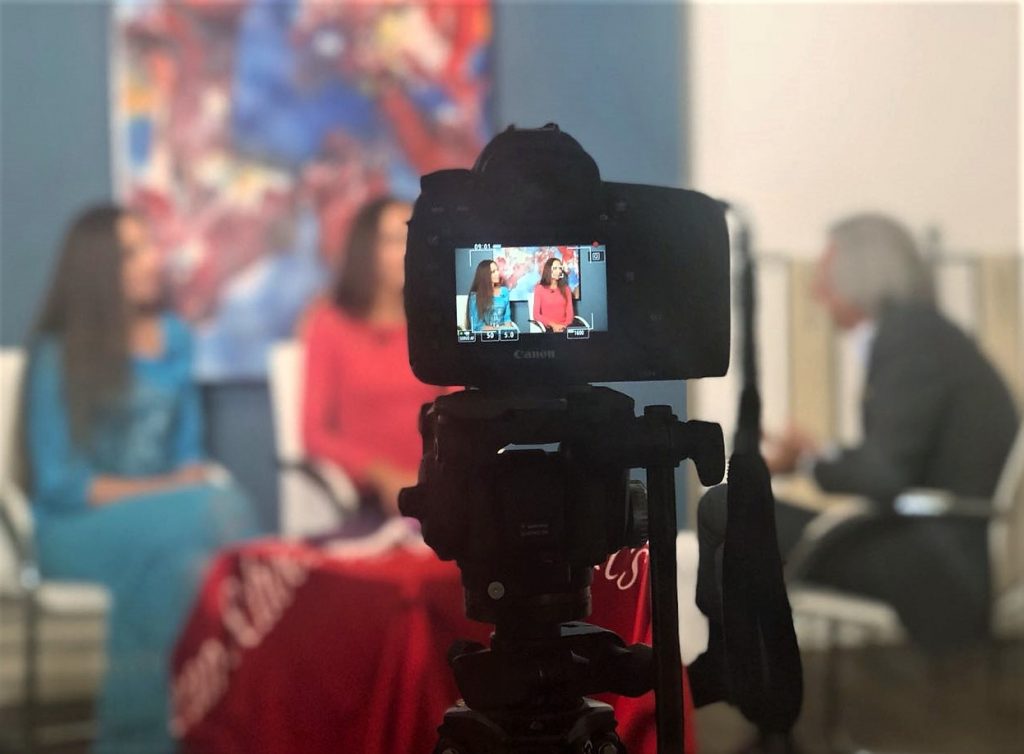 ‘Structure of  Man and Organizations’.

“There is nothing you have to ‘become’, no career to chase, no desires to follow,

but only to enter into the depths of your Being

and realize you already possess and are Everything.”

Q         In your Book ‘The School for Gods’ you say that the economy of a nation is the projection of its ideas and values and that the wealth of a society depends on the depth of its moral and ethical system. To what extent does the value system of a man or organization influence their ability to perform and succeed in business?

Elio     It’s difficult for us to realize that we live in a world made of invisibility and that we ourselves are part of that invisible world. All of our thoughts, emotions, fantasies, memories, imaginings, and above all our dreams,  are part of a world that is invisible and parallel to what we have learned to interpret as existence.  Equally, an organization is a living being, so the most subtle of its components – ideas, values, and fundamental beliefs – all come from its invisibility. A man attracts his Life according to what he is, to his Being. But if you accept that his value system influences his reality, you are affirming that there is a time delay between what that man is, and the reality surrounding him.

Q  What is the strength of the Organisations of the future?

Elio     One day it will be common practice that the hidden aim of business, as of all religions,  philosophies, disciplines, and therapies, will be to stimulate this invisibility and to achieve physical immortality. This is the final aim of all arts, yoga, sports, and health techniques.  It is the purpose of education, medicine, science, and technology, and in the near future, all the schools of business and political science will have in their programs teachings in the economics of immortality, such as philosophy of immortality, psychology of immortality, and physiology of immortality.

The strength of the future Organisations lies in their very ability to generate and transmit a sense of purpose, this aim towards immortality, though hidden. This will not only attract new members but will keep the group united. A real businessman, behind the apparent search for profit, is at the service of a project – he cares for every member of his organization and knows that their improvement and longevity is his success.

Q  How will they be prepared?

Elio     The only way to succeed and victory is the application of special teaching based mainly on self-observation, self-knowledge, and fearlessness. This is the preparation, for this is the only true education.

In time, any achievements or understanding you believe to have realized will cease to have meaning, and whatsoever you have held as vital, sacred, or important in your Life no longer will have significance.  Here is the crucial point where something higher has to take place – something totally unknown to man that only a School of Being can reveal.  Such a School was the one of Lupelius – the philosopher-monk who is accurately narrated in The School for Gods – where difficulties and friction were created intentionally to guide disciples to carefully study and observe with the attention their own reactions. Very often Lupelius had to intentionally produce irritation, conflicts, and exhaustion for his disciples so that the work on themselves could take on new meaning and produce tangible results.

To train or put to a test the maturity, intelligence, and technical mastery of his followers, Lupelius secretly invited impeccable warriors and ruthless mercenaries highly skilled in the arts of war. They would present themselves masked as merchants, priests, minstrels and bards, poets and philosophers, comedians and court jesters, nomads, and adventurers, and sometimes even artfully disguised in the role of beggars or tramps, thieves and assassins, who at the right moment, would reveal themselves to be sly, powerful fighters prepared by Lupelius himself to raise the level of understanding, incorruptibility, and invincibility of his warrior-monks to enable them to realize the ultimate purpose, the goal of all goals: the victory over Death.

At the European School of Economics, which embeds Lupelius’ principles, we have  the Dream of happy and free humanity, of a truly rich economy. We know that it is not the resources of the planet that are limited, but humanity itself – its limited vision and incomplete psychology that keeps it from extending well-being to every individual, organization, culture, and civilization. We know that outside of anyone there is no antagonist, enemy, or demon, and neither is there inside.

Q         What is the value of memory, experience, culture, knowledge, tradition, or anything belonging to the past, in the process of personal understanding?

Elio     Understanding, clarity, integrity, freshness, and newness belong to the present – to timelessness. The past can never be an aid to understand the present.  The revolution cannot happen in time, but in the complete absence of time, in a vertical time. There is no evolution in time. In linear time humanity can only repeat itself and its history of conflicts and crime. Between a man from the stone age and a modern man, there is no difference. Millions of years have passed if we want to believe in time, without anything happening. Only in the absence of time can the Antagonist disappear and with him every conflict.

Q         So why does the world seem to be enwrapped in violence, injustice, and crisis?

Elio     This is pure imagination. Outside there is no injustice nor violence, no limits, no obstacles nor enemies.  They are all illusions, mere shadows. They exist because you indulge in forgetfulness and ignorance, in self-sabotage produced by destructive thoughts, negative emotions, and attitudes. There is nothing and no time, out there’ – a time that gives cadence to your Life,  a time that makes you get old, sick, and dies. Victory is not an outer achievement, victory is only a state of Being. It means victory over the illusionary, over that which does not exist. You keep looking for solutions and ‘faults’ outside, but the outside world only reminds you how distracted you are.

If you believe in the reality of a world outside yourself, then the world will overcome you – becomes aggressive and violent just to denounce your absence.  “No one’s home…Return to yourself…Go back to being whole, united…One.”

There are not thousands of problems to solve, but just one: yourself. You can’t allow yourself to lose even an atom of your integrity. The world is a blessing.  It warns you and gives you signals when a fracture is coming. Apply this to business and to Life, there is no difference at all.

Q         So, what path should a man follow to prepare himself to be successful in Business whether or not it is to be in Family?

Elio     The economics to come, industries and corporate enterprises, should teach the Art of Dreaming, the principles of self-improvement and inner integrity to enable their people, managers, and employees, to become advanced beings. The world of business has to realize that real, financial expansion comes out of quality, and declines rapidly when quality is missing. What is your deep, major interest in Life?  Is it acquiring money, prestige, security?  Then you must see that the consequences of such interests are instead worried, fear, uncertainty, and misery.  A man who takes responsibility for his men, for his enterprise has a greater project in mind.

You are the main cause of all and everything! Remember this, and there will be no other discipline to follow. Remember! Any knowledge coming from the outside is false. And only self-knowledge is real knowledge.

Q  How can one acquire self-knowledge?

Elio  By never stop dreaming! Reality is made out of your dreams. It’s your dreaming substance that gives Life to the world. If you stop dreaming the world dies, it is really as simple as that. Poverty, crime, and war is the projection of a society that has stopped dreaming. Entire civilizations, races, empires, countries, and peoples have disappeared from the face of the Earth for having forgotten the real reason for their existence.

If you believe in an external world, then at least make use of it. Let all the experiences, events, and circumstances fall in a place within yourself where you can filter the most useful and eliminate what is useless. This is the place where all your ballast can be transformed into energy and a brand new Life. But remember! The outer world is only a faded shadow of your inner space, a pale manifestation of your inner responsibility.

The solution to any problem is not in casting blame or finding fault on others, but rather in redeeming and rebuilding your own compromised integrity. Integrity is a state of Being and as such you only have the capacity to know how it has been compromised or lost or forgotten. Fear, for example, disconnects you from the source of your own vitality. Integrity means a sense of certainty, coherence, wholeness, fearlessness, and aliveness. Integrity is a physical experience – you can feel it in your flesh, in your joints, in your breath, and in your heart. Integrity has powerful applications in the realm of action. Companies and enterprises guided by integrity are those that are successful, well-run, profitable, everlasting, and happy. A man of integrity is a force of nature – in the physical realm, he always has another ocean to cross or some other mountain to climb and is never out of the game.

Give your undivided attention to your inner Being, and nothing will be impossible to you. Don’t forget! You are the one who is projecting and perceiving beyond the conceivable – the only creator of this wonderful universe.

Dream! And remember that Life like Business is a School of Being.

Q Usually, when there is the passage from one generation to another the Business suffers. What can be done to prevent this?

Elio        The only possible reason for the premature disappearance of an enterprise is the absence of responsible men and women, who have lost their integrity, and do not possess  the ability of self–government, which is the only real government in Life as well as in Business.