Walking In The Void

Walking In The Void

The world is the dreamed 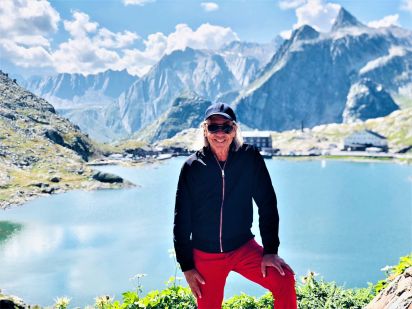 the dreamed can never hurt you

We rounded a bend to find ourselves in front of a huge lake.  The intense blue sky reflected in the glassy surface before us was interrupted only by an occasional swan and the ripples of a passing breeze.  I breathed in deeply gathering that scene and fixing the last embers of that childhood memory soundly within me.

The light reflected on the water was nearly blinding and I unconsciously veered us towards a line of trees that would have shielded us from that overwhelming splendor,  forgetting so quickly the game with the platter.

“Don’t forget, the world is the dreamed, and the dreamed can never hurt you. The dreamed is entirely depending on you.  You are the sole Dreamer and creator. You are the very cause of its existence. Without you the world disappears. The world owes you all….”  He said.  I never connected my actions with His words until now.

I  reached down absently to touch my scarred knees remembering how, so many years ago I would set off walking slowly and cautiously,  then gain speed only to stumble and fall in a heap on that silver tray in front of me when I was distracted.

The many falls I’d had were  examples of my distraction.  Strangely, the Dreamer had not sent me away, but saw every one as a trial that was to strengthen me.  We had spoken at length of each.

“Gods and men are part of a beautiful game that you yourself have created for your own satisfaction and pleasure. Gods are made to solve the problems of the Universe. Men are made to aggravate and perpetuate them….”  He’d said cryptically when I voiced my bewilderment over those events.

“The moment you dream a new dream you are creating also the antagonist that will help you to realize it – an antagonist of equal strength that can make the path towards its realization visible and possible…. “ He had spoken at length about the Antagonist and although at the time I was sure to understand, when  the Antagonist appeared it was always ‘the enemy’ – a foreign identity who was not  part of a game at all, but a dangerous and mortal foe. He paused before uttering what would be from then on both the emblem and epitaph of my entire life.

“How difficult and how courageous you must be to not cry out for help, how much faith in oneself and how much certainty to put one foot in the abyss and know that the entire universe will sustain you!”