The visible comes from the invisible
Posted On December 30, 2019June 4, 2020In The Schoolby Elio D'Anna 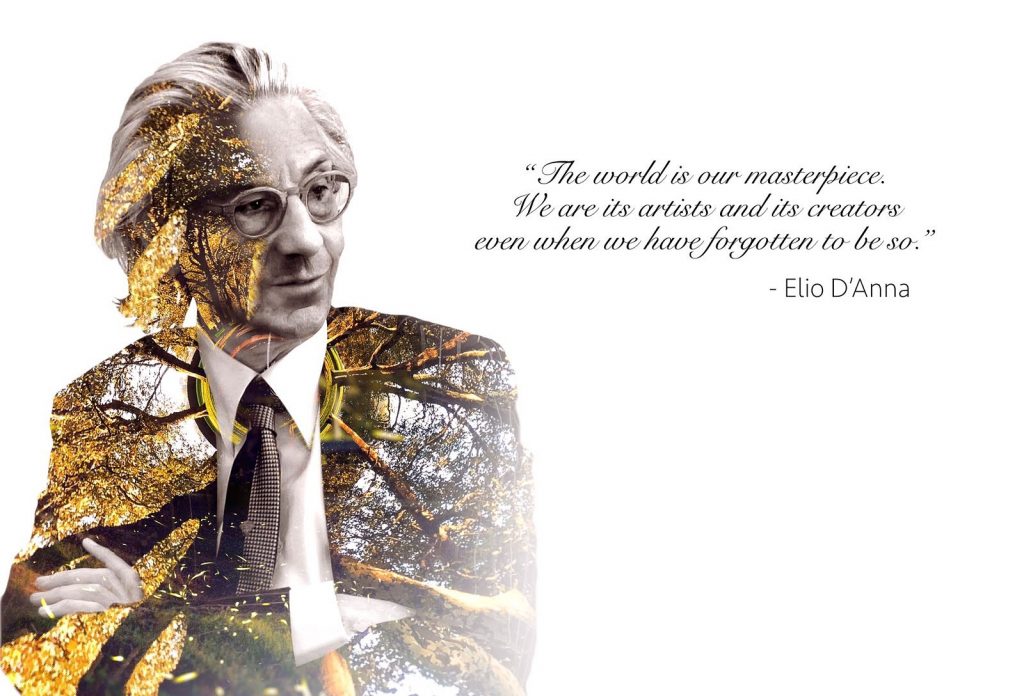 Civilization’s history is visibly a search for doing more, man’s incessant tentative to transcend himself and to acquire greater abilities to produce, communicates, travel and also destroy. At the same time on a higher level, in the invisible world of ideas runs the development of being. Every discovery made on the visible, every addition of capacities is always preceded by a conquest of being, an extension of humanity’s capacity without which any concrete manifestation would not be possible.

The visible is a projection of the invisible and it is dependent on it just as a shadow is dependent for its form and dimension on the object it projects. Everything we see, feel, touch and hear, the materialistic objects and the entire business of life is nothing more than the projection of a world invisible to our senses and that constitutes its causes.

Even in a man, everything he has been able to build originates from his invisibility, his ‘dream’ and it manifests itself externally in the quality of his life and in the nature of events that happen to him.

A man could accidentally build an empire, accumulate wealth, land and properties but the smallest crack in his ‘dream’ makes him fail.

Visibilia ex Invisibilibus, the school’s motto, means inner responsibility, it means that the external can only reveal something that has already happened in the world of ideas, causes, creativity, in the world of ‘dream’.

The visible is born from the invisible.

Sound is born from silence.

Movement is born from immobility.

A vertical dimension to the flat plane of so-called reality exists and it is the world of the invisible. Visibilia ex Invisibilibus.

It is only since the beginning of the century, that quantum physics revealed the immense void that exists between basic particles of matter, obligating us to accept the paradox that the entire universe is essentially made up of emptiness and that the ‘almost nothing’ is the core of reality.

The accelerated and exponential evolution of scientific knowledge challenges our conceptual schemes contradicting the experiences that come from everyday ‘reality’ to such an extent that we begin to seriously consider the possibility that material objects and the reality in its entirety is nothing more than an illusory, theatrical performance and therefore we start question what is beyond the visible world.

Everything we see, feel, touch and hear, reality in its totality is nothing more than the projection of a world invisible to our senses, that exists above our world and that establishes its cause.

In every era, the shift in intellectual climate such as the use of more sophisticated instruments, continuously modify the boundaries making immense portions of the invisible world return as legitimate subjects of today’s scientific research.

We are surrounded by invisibility.

This is the time when we can perceive it more then in any other time of humanity. More and more portions of yesterday’s invisibility are entering in our life and become part of our sensory world. A lot we have to believe and to accept as most concrete that we do not see or hear. We accept it mechanically without drawing the conclusions that it implies.

Very rarely do we realize that we live in a world made up of invisibility and we ourselves are invisible. All our thoughts, emotions, fantasies, dreams are invisible and everything that belongs to our hopes, ambitions, secrets, fears, doubts, perplexities, uncertainties and all our sensations, desires attractions, aversions, likes and dislikes are invisible. Everything that is important to man is invisible.

There is a vertical dimension to economy and business. This means that economic facts depend on causes deriving from a superior order.

Archaic times activities were inspired by religious motifs to such an extent that work was transformed into a divine liturgy, a repetitive mechanism, warrantor of a stationery and essentially stable society.

Still today, conditions of underdevelopment that manifest themselves in terms of rituality and of economic standstill are associated to an economy immersed in a system of archaic moral values. They are only the other face of a problem that in advanced economies manifests itself in terms of pathology and of social disease.

The development of a modern Japan can’t be explained in purely economic terms. A country that had been open to destruction during the war and left without technology, socially withdrawn, and with the handicap of a language unknown and of extreme complexity, how could it have become in just few years the world’s second most advanced economy?

We must consider its system of values – and first among these, the Confucian value of loyalty – the tradition deriving from the rice economy and the Samurai moral character.

At the same token, modern capitalism in the western world can be understood only by taking into consideration the revolution brought by Calvinism. The economic transformation still going on in the ex-Soviet Union is the result of an enormous change in the value-system of that country. When President Gorbachev was a guest at the European School of Economics in Rome, in his address to our students he articulated words such as: nobility, morality, goodness and even mercy. Moreover, in an historical  speech to the great nations of the western world, the first of December 1989 he had already spoken of such a thing as the “Spiritualization of Life” and revolutionary words like the “eternal values of men”. These words that could have not been possible to utter only few months before, were in reality announcing the revolutionary change in economy and politics as well as the end of the Communism in URSS and the fall of the Berlin Wall They were he effect of an invisible change that had already taken place in the feeling and way of thinking of that nation and even before in their being. Economic events and epochal changes in science as in society are always prepared and anticipated by invisible ideas, by philosophy and by language.

What appears to be sudden always requires long preparation.

Reality has sent out the signs of its transformation but only few among few have been able to perceive them and prepare themselves. Only men, who are more attentive and aware of the influence that values play on the economy, know that economic facts are effects, always follow after. They are like shadows; they are the projections of a reality of a higher order. The absence of men with this preparation, unaware of the deep relation between ethics, moral values, philosophy, religions, ideas and economy we would be lagging behind as a civilization, nation and as organization.

The wealth of some nations as well as the underdevelopment of others cannot be explained by economics. There is something in the invisibility of a country, of an organization, of a man, in the very roots of their project, which explains what we can observe in their lives.

The visible is produced by the invisible. As the blueprint precedes the physical construction. The wealth of their economy, the maturity of their institutions, and the harmony of their civil and political life cannot be explained by economics.

Economy without an ethical dimension is like a dark room without a window. The access to a world of ideas is like the opening of a window. It lets the light in but it is not the source of that light. The source is the world of ideas which is like a sun which continues to shine also if the window stays closed. Behind the ethics, which changes in space and time, there is the unchangeable sun of Being. To enter this world of ideas, it is necessary to abandon the ballast of second hand beliefs and prejudices rooted in our childhood.

The access to the world of solutions, of ‘dream’ requires to get rid of doubts, fears, unpleasant emotions, obsolete concepts, mechanical behaviors.

Universities and Schools of Economics have forgotten the laws of prosperity, the ways to richness and they do not know anymore how to prepare pragmatic visionaries, men capable to create abundance and sustain it. Economists forgot that behind the patrimony of a man, behind the wealth of a country, of a civilization, there is always an idea, a way of thinking, a philosophy which account for it.

Becoming rich is always the consequence of a conscience of prosperity.

The belief that resources are limited, as still is thought by the classic economists in all the universities of economics, is a self-fulfilling prophecy and the very cause of poverty. In reality are not the resources to be limited, but man’s psychology that has been educated to perceive such limits.

The universe has plentiful resources, it is a cornucopia overflowing with everything that your heart can wish materially, mentally, emotionally and spiritually. Everything we need or want is already here for those who ask. You only need to truly desire, to sincerely want and believe it and finally to accept it.

Who do not perceive the world as plentiful nurture the old prejudice that poverty is inevitable. We can only possess only what we are responsible for. A humanity unlimited responsible will dispose unlimited resources.

The art of dreaming, that is the art of believing and creating is the possibility of rising our being to a higher level of doing and of having. It is the art of harmonizing the apparent antagonists and adversities into events of a higher order.

On the occasion of ESE’s opening ceremony of the academic year (1997-1998), where the key speaker and guest of honor was the economist John Forbes Nash, Nobel Prize winner and one of the math geniuses of our times, the incipit of the invitation card announced:” The university must provide a vital system of ideas capable to interpret the world and offer a general frame of the condition of man and his possible evolution”. A university must prepare the cells of a new humanity, individuals with an objective ethics: visionary men, pragmatic utopists with the dream of a global economy and the responsibility for a politics of planetary breathe.

ESE believes in the individual and is proud to prepare a new generation of entrepreneurs and managers, impeccable leaders with a complete and mature psychology, capable to harmonize the apparent antagonists of ever: economics and ethics, action and contemplation, financial power and love. They are endowed with a sixth sense: intuition and a seventh sense: “the dream”.