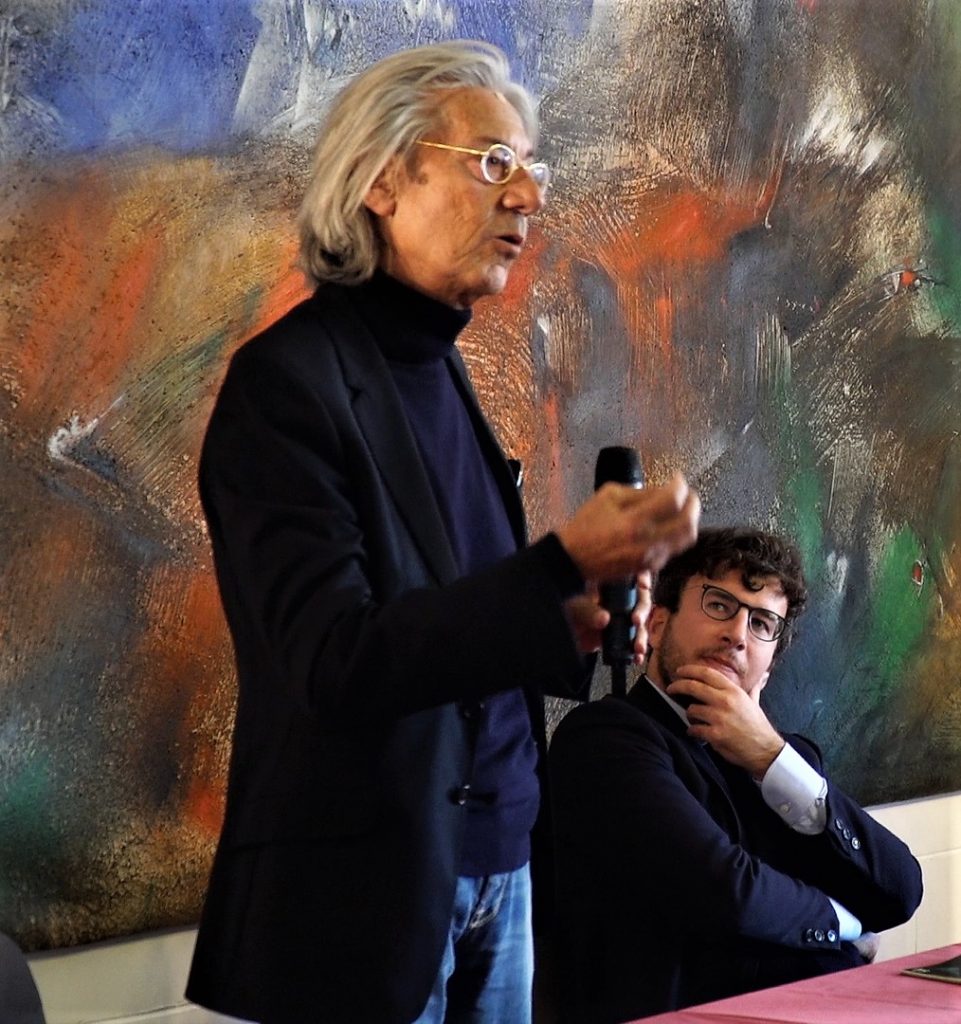 When the Individual is born,

When the Individual is born, immediately an antagonistic force comes to life, a mob ready to eliminate him. And this mortal game of guards and thieves between individuals and the crowd, which began in the mists of time, still continues and it is, in fact, the Gordian knot of the political vision. The massacre of the innocents can be removed through the universal scientific paradigm.

The mass is the antagonist of the Individual. It has always been so, without exceptions. The Individual is alive, the masses are antibiotics. And the struggle between the Individual and the masses, the persecution of individuality, has been a constant in our history. We need the Individual, and at the same time, as a species, we have an irresistible urge to suppress him.
This is the least explored and the darkest paradox of our civilisation: it has its roots in the deepest part of our being, where the howl of a nocturnal predator is still echoing, the echo of an animalistic homesickness.   The birth of the Individual s as though in the midst of a pack of lions intent on assault their prey and dividing it, one of them stands up on his hind legs, sets the table and uses cutlery. He would be instantly torn to pieces.

The Individual frightens us…

Only through the direct contact with a true Individual, listening to his voice, and seeing him act, we can realize our laziness, our sloth, and our unbearable inner deformity.
The effort needed to change is too great, isn’t it? We prefer to eliminate the object of confrontation: it’s easier to smash the talking cricket with a hammer, to suppress that persistent voice that pushes us to improve ourselves – it always seems to be the simplest solution.

Nevertheless, the suppression of our antagonist, if it succeeded, would lead to a greater crisis. From a vertical point of view, the masses and the individual are a single reality, two pistons of the same motor. One could not exist without the other, in the same way that a stick with only one end is unimaginable. They are inseparable aspects of one reality.
Politics could be a game, if guided by a vertical man. On the other way, if guided by an ordinary man politics is only arrogance, vanity, misuse of power, hate and death.

Politics as division and conflict is finished. It’s dead. And it does not have solutions unless it rises to a new level. Politics as we know it is a static expression of existence; but, once made dynamic and vertical, this could become the Art of Dreaming.

A detached, self-aware politics must born. It will be viewed as a game, part of the Dream. A future political leader must dream and renew himself continually. He must become a poem and in so doing. He must effect a process of integration with his own Being.

Education can be a subversive activity

Education can create the conditions for the growth of men, whom could eliminate every conflict from their being, whom would think in terms of a ladder, whom would have transcended the divisions between beliefs, political parties, wealth and race. These men will create a new politics and a new economy. For this reason, we need new Schools and new universities. Education, at its best, is the elimination of stupidity, in all its forms and manifestations.

And due to its potential to prepare extraordinary men, education could become a subversive activity.