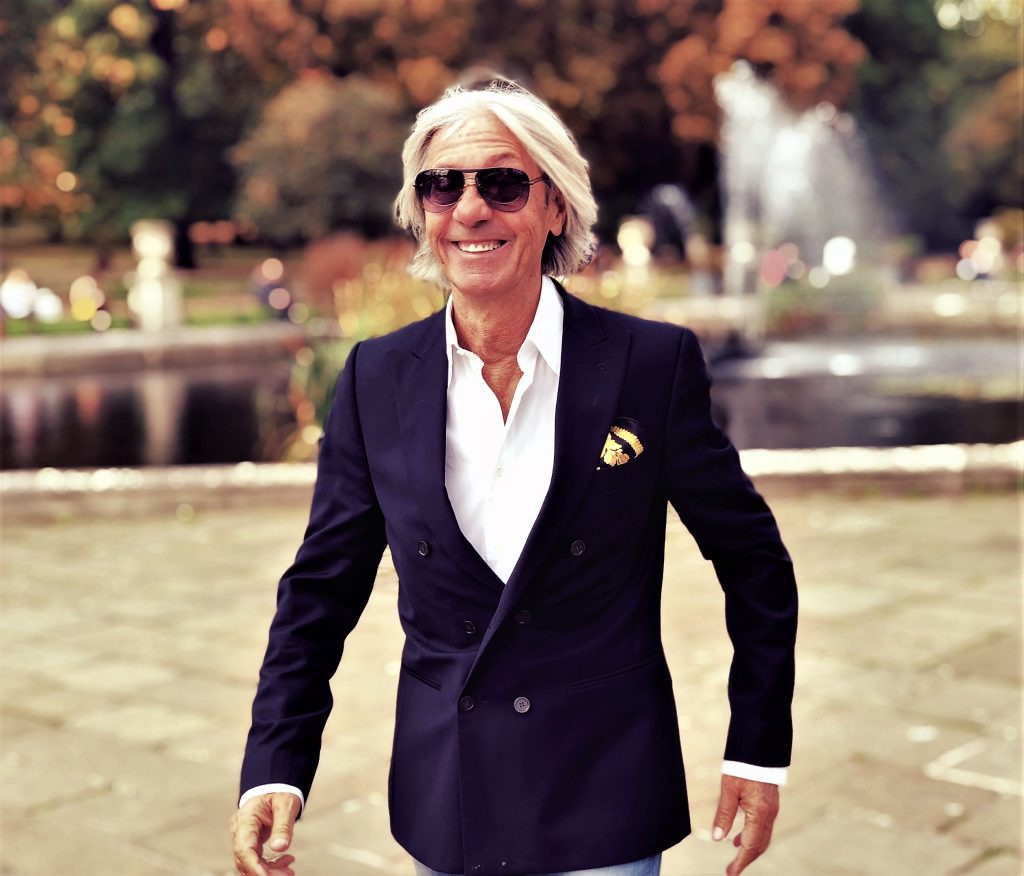 The discovery that to have and to be are the two sides of the same reality is a subversion of man’s mental schemes, a true and real evolution of his mind that has been up till now founded on the conviction that to have does not only differ from being but it is also its source.

We are used to saying and believing that ‘if I had more money and the necessary means I could accomplish this or that and I would become rich, happy or respected etc’.

This is how the world reason and to have, to do and to be is the dominant paradigm, the epitome of man’s mythology.

Having and being are one single reality but positioned at different levels of our existence.

Having is being objectified, it is the invisible manifested in time and space.

Being is having sublimed, it is the visible transcended and brought to a superior order.

This discovery opens the door to a huge revolution of the perception of the world; it is one of those shock provoking ideas, capable of modifying the course of an entire civilization. A revolutionary idea, a turnaround of man’s ideologies that first through an individual then passed onto the masses has always preceded in every moment of man’s history. The heliocentric idea changed the order of the medieval way of thinking moving man from the centre to the margins of the universe and unfolded the modern age; Calvinism radically modified the vision of work from a biblical condemnation to an instrument of evolution of man which brought the psychological conditions for the industrial revolution and rational capitalism.

Today we find ourselves in front of a new revolution, a psychological one based on the notion that to be and to have are the two sides of the same reality. This truth has always eluded the comprehension of mediocre men. For this reason to be is in absence of time whilst to have manifests itself in time and space.

In reality to be and to have are only illusionary divided by the time factor that acts as a shock absorbe or as a curtain that prevents such a strong vision and such an extraordinary comprehension to men that have not been prepared.

All that we see and touch, all that we perceive, the financial skyscrapers, the industrial pyramids, the discoveries and conquests of science and technology and all that we call ‘reality’ is nothing but the projection of a world that is invisible to our senses, of a world of ideas and values that run vertically to our level of existence: The world of being.

Prosperity, health and the quality of life of a man, just like that of a nation or an entire civilization, do not depend on the availability and the opulence of means and resources but on the extension of their being.

The way we feel, think, act, our aspirations and our profoundness of our ideas, what we believe in and our dreams are what determines men’s destinies.

This explains why countries rich in natural resources are normally also the poorest and the why the enrichment of a man is not sufficient enough to remove him from his destiny if he does not enrich his being. There is a homeostatic mechanism that unavoidably brings back having to the level of being. An unprepared man, even if just momentarily favoured by events or external circumstances in his life, will be brought back to his old state of poverty if his level of having exceeds his level of being.

This also stands true for nations.

Economist working towards development should have realized by now, after more than half a century of failed international aids to third world countries, that it is impossible to help a country externally if it is not ready in its level of being, if it has not reached a rich heritage of ideas(ethical, esthetical, religious, philosophic, scientific etc) and in its value system. For many of these countries just by reconnecting with their age-old wisdom and the essence of their origins and by nourishing their oldest values would be enough to lead them to wellbeing in their lives.

The acknowledgement that ‘Having is Being’ removes one of the oldest prejudices of man and revolutionizes his conceptual schemes.

‘Having is Being’ is the key to understanding the most complex and vital questions regarding man’s life and the organisational systems and explains the diversity of their destinies. Since the beginning of time civilization’s dominant idea and prevalent conception has been that one must have in order to accomplish and hence to be but it is time to change it.

A man, a country, a civilization have the capability to accomplish and possess only that which they have conquered in their being; events, circumstances in their history and all that they have encountered, good or bad, perfectly correlates to their level of being, to the extension of their ideas and to the profoundness of their values. In nature just as in economy every recovery has proceeded from the internal to the external, from the invisible to the visible, from being to having.

There is no aid coming from anywhere at all…You have to make your own individual revolution which is based purely on yourself.

The history of man is characterized by an incessant search to have and accomplish more: The progress of civilization coincides with the development, guided by the desire to possess and by predatory instincts, of a greater capability to produce, communicate, travel and even to destroy.

The invisible dimension of ideas, the world of causes runs perpendicularly to the history of man. Every visible conquest, every development in the capability of accomplishing and having have always been anticipated by a gain in being. Scientific knowledge and technological progress proceed according to man’s self-knowledge.

Science and Consciousness proceed at the same pace. Scientific progress and the capabilities of disposing of greater amounts of energies and resources in the history of our civilization appears to be regulated by the same law we find in nature and that bestows to every species only the weapons and power that they are able to control.

The intuition of an invisible world , psychological, the aspiration of self-knowledge, of giving a meaning to one’s existence, to elevate the quality of one’s ideas is therefore the origin of our civilization just as it is also the past of all our tangible progress made.

With a flat vision being and having appear not only upside down but appear as two realities separated by cause and effect therefore for mediocre man it is having that determines what is possible to accomplish and what one can be. However with an elevated vision along a vertical plane being reveals itself to not be opposite to having put placed on top of it, they are on the same plane but on different levels of existence. If this is difficult to see it is because man’s visual apparatus is missing a third dimension.

By nature man is ‘profoundly blind’. We are able to correct the images of reality that reach our retinas in reverse and flat thanks to extensive training that begins from birth and from whence we learn to integrate psychologically our vision with the aid of a third dimension, which is depth. Due to the position we hold in the order of the universe and to the laws we are subject to, not only our vision flat but also our psychology and we perceive our existence as a horizontal world, a two- dimensional universe and the only visible coordinates are having and being.

By observing an individual or an organisation everyone can perceive immediately the dimension of having, a few and with more difficulty can perceive the dimension of doing whilst the ‘dimension of being’, the depth of ideas, values, of the ‘dream’ that is behind every individual or organisation, their being and therefore the true cause, in definite, of their abilities and their destiny, remains invisible. In fact possession and availability of energies, resources and goods are only effect and the projection of the abilities of doing is its function and together, doing and having, depend on being just like a shadow depends on the object that is projecting it for its dimensionality and form.

What prevents us from seeing the perfect balance that exists between being and having is the time-factor that like a curtain separates them even just if by illusion. The alignment of having and being and their equilibrium can sometimes request from time the ability to become visible to our eyes. In some cases having can appear for a period of time as being superior to being or vice versa and this is sufficient enough to prevent man to single out their correspondence and convinces them that they are completely separate from each other.

If we were to ‘compress time’, the years of man’s life or the centuries of a civilization, we would be able to see the perfect correlation between being and having.

We would understand even more so in a vision without time that they are in fact one and the same reality but on different levels. Sublimed having becomes being and materialized being becomes, essentially, having. However time pulls an intellectual and moral curtain over the eye’s of man and makes him blind to this truth. Being is not opposite but on top of having, it is placed on a higher level.

Having and being are the same reality that vibrates at different velocities and holds different levels on the scale of being.

Just like vapour and water, being is having that sublimes itself whilst having is being which lowers and materializes itself. If we were able to emerge from our universe which is immersed in time and erect ourselves along a vertical plane without time we would be able to see that having is not independent from being but it is its projection.

If we were to elevate our vision, free ourselves from the chains of time and space, having and being, economics and ethics would become one-if we lower our vision we then enter the multitudes of division and we can only see the gross part of reality which appears to us as a world of battles and conflicts, disorder and injustices, a universe governed only by ‘Chance’ and the laws of the strongest.

The discovery of the correspondence between having and being deeply distinguishes also the economic notions because if having and therefore the production of wealth, is being, level of being, change of being and all the work done on being will have to belong, by right, to the legitimate subjects of scientific and economic research. Together with ethics, value and belief systems and above all to the ‘dream’.