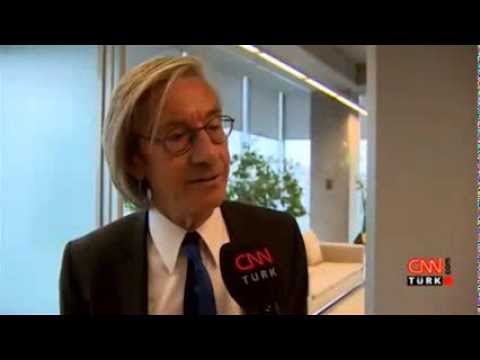 President of the European School of Economics

Q. An entrepreneur interested in the field of education or culture usually creates a business from nothing in the field of communications and new media or education, offering training courses. No one risks everything they have to found an International Business School. Could you tell us how this ambitious project began?

Elio. I founded a School of responsibility, a School for philosophers of action, where we teach that happiness is economy… that wealth, comfort and beauty are the birthright of every man… A School that has no end… A School for Gods… It seems to have been hampered in every way, but every difficulty or enemy actually proved to be its best ally, an integral and irreplaceable part of its construction. The ESE Dream is the ‘Individual Revolution’ capable of overturning the mental paradigms of the old humanity and freeing it forever from its conflict, doubt, fear and pain. This is a School dedicated to a new generation of leaders who are entering the world of International Business, who are capable of bringing harmony to the apparent antagonisms: economics and ethics, action and contemplation, financial power and love.

Q. The recent news highlights a Europe that is going through some difficult times, both on an economic and moral level. How do you see all this and what are the prospects for the future, and do you believe that there is a future for the ‘European’ state?

Elio. The United States of Europe is the natural consequence of the growth and development of a European consciousness. I think being Europe should not only be limited to a geographical occupation of a particular area.

Being European means building a strong individual consciousness from within as well as European thinking in every citizen. It means transferring inside ourselves the sense of belonging and belief that allows everyone to ‘feel profoundly European’.

Being citizens of a ‘united Europe’ is the result of an internalisation of the European consciousness that carries within it the birth of a strong patriotism and the invincible awareness of the eternity of the nation called Europe.

Q. The crisis that the European Union countries are experiencing today is at the centre of the world of finance and economics. Everyone is observing the difficult situation, unable to outline a solution that seems effective and that brings hope to the European economic system.From what you say we can deduce a completely new and different perspective. Could you tell us about it?

Elio. The real question we should ask ourselves is: And if the economic crisis were not real, but was instead the result of the projection of our fears? I believe that the crisis does not exist and that it is a subjective phenomenon, not objective. We project our ideas, our dreams, our fears, our anxieties… If something comes between us and what we believe is the ‘normal’ course of events, we experience a sense of disorientation.

What I always tell our students is to remain faithful to their own individual vision, to try to stay as close as possible to their dream and to its manifestation. The Universities of Economics and the Business Schools have forgotten the laws of wealth, how to prepare visionary men, practical utopians, who can bring concreteness to the impossible, who can create wealth and maintain it. They have forgotten that behind the wealth of a man, of a country, of a civilization, there is always invisibility, an idea, a philosophy, a system of values ​​that are the true origin of it. Wealth is always preceded by a consciousness of prosperity. The belief that resources are limited, as the classical economists mistakenly think and continue to teach, is a millennial prophecy of misfortune come true from the very fact of believing it and is the cause itself of poverty.

Elio. In economics, as in politics, the main action of each head of state should be to prepare a new generation of leaders, who can bring solutions to the world.

Free men and women of all conditioning and superstitions, who can master the art of dreaming. Healed cells of a new humanity… They will be the salvation of all nations!