Only individuals can transform society 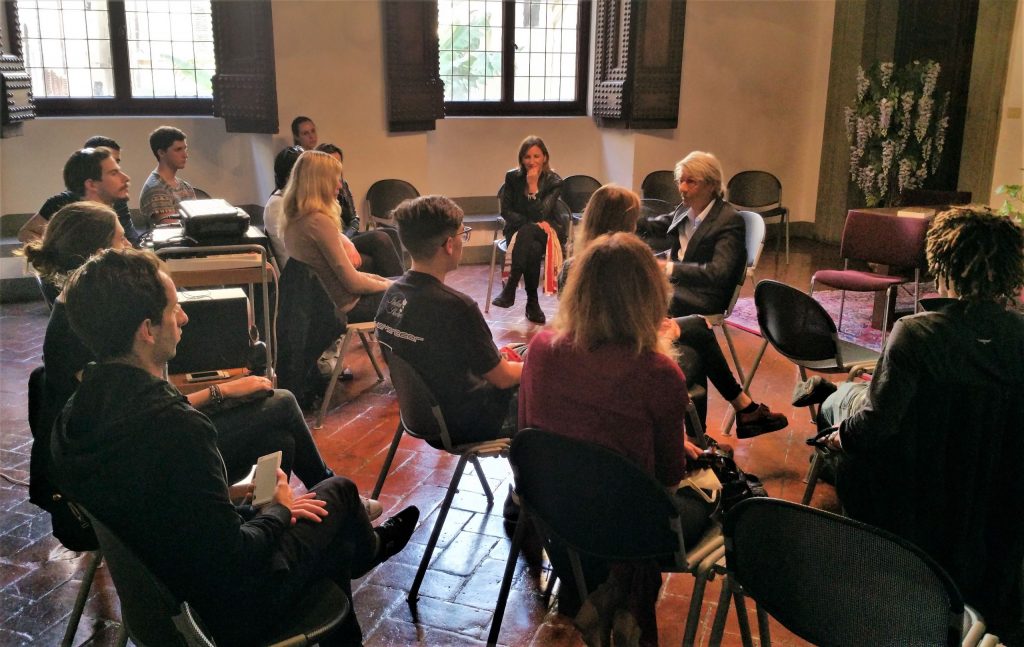 Conventional education in schools and universities

all over the world, has created conformity

Q. What is the major difference between ESE and other business schools?

A. You can create and experience all kinds of desires, but your Dream is only yours.

The aim of the European School of Economics is to focus each of its students on the uniqueness of his own Dream. Conventional education, which has pervaded for centuries in schools and universities all over the world, has created conformity, and has regimented young minds, pruning away the fantasy, the vitality, and the search for one’s own uniqueness. Above all, universities have become factories that produce employee-minded men and women, job-fillers worried about nothing more than finding an occupation and surviving.

Our civilisation needs visionary leaders, pragmatic dreamers, individuals. Beyond the powerhouses of industry, the skyscrapers of finance, behind all that we see and touch, at the origin of every intuition, of every scientific achievement there is the Dream of one man,of an individual. Only individuals can transform society. The European School of Economics dedicates particular care and attention to each and every student. It has developed an educational system that places the individual at the core of its activity. From day one, lecturers and tutors guide student to focus on the achievement of his/her professional goals by creating tailor-made courses of study designed to orchestrate in-class learning with hands-on work experience. The excellence of the faculty, the innovative teaching methods, the international environment, and the internship programme carried out in collaboration with over 1500 corporations make the European School of Economics graduates among the best on the new global market. This is reflected in one of the highest graduate employment rates in Europe.

The creative motto of the European School of Economics, Visibilia ex Invisibilibus, contains the very nature of its educational philosophy, and can be summed up simply by remembering: all we see and touch, all we perceive, the skyscrapers of finance, the pyramids of industry, the discoveries and achievements of science and technology, all that we call reality is nothing but the projection of an inner invisible world, a world of ideas and values that runs vertically to the plane of our existence: the World of Being. The way we feel, and think, our aspirations and the uniqueness of our ideas, what we believe in, and our dreams are what determine our destiny.

Like in a cosmic laboratory, in the six European School of Economics centres, from London to Milan, from New York to Rome, and from Florence to Madrid, a formula for undergraduate and graduate study is being elaborated to prepare, in politics as in economics, a new generation of leaders, incorruptible men, capable of facing the challenges fast approaching our civilization. At the centre of any activity of the European School of Economics, of utmost priority is the aim to educate men and women towards self-discovery and inner responsibility

Q. You say that humanity is not facing an environmental, political or financial crisis, but a crisis of values. Would you explain this comment?

A. In the past, economy has been based on calculation, programs, plans and mathematics; and mathematics cannot deal with qualities, but only with quantities. If you live in a merely quantitative universe, nothing is possible for you – neither change, nor transformation, because transformation is a question of quality.

The financial crisis is only the disastrous effect of a loss in your inner being. What you personally are going through is not a financial crisis, but a crisis of values. Any time you have difficulty making an important decision, you can be sure that it is the result of being unclear about your values. In a qualitative economy, the amount of efforts is insignificant in comparison with the quality of efforts. Money, like love, are an inner matter. Money is a state of Being. Money-affluence manifests in time what you have conquered through inner responsibility and creative victory, which is love. In the same way, any fault in your Being makes you weaker and poorer. Any crack in your vision shatters the foundations of your financial power.

A young businessman once asked me: «But if the state of integrity or unity of Being can be reached in an instant, why is it taking me so long?.

I told him: «Years and layers of neglect, negative emotions and false ideas have kept you in a tattered, powerless state. You have to understand that even if you could catch a glimpse of your totality, you would not be able to sustain it. You must work hard to uncover and strengthen your will – your will is for your being like the muscles for your body: the more you dedicate to strengthening it, the more you will be rewarded with glimpses of totality. Integrity, then, will not be a state you temporarily experience, but your very permanent reality.

Q. You say, reality and vision are the same thing. How and why?

A. From my point of view, nothing is external. The separation between the outer world and the inner one, between perception and projection, between being and having is only apparent. States and events, being and becoming, inner and outer are not separate realities, but one. The apparent outer reality is only a projection, a reflection of the inner one. The healthier you are, the wealthier you become. Your vision determines your reality and not vice-versa – the healthier your vision, the richer your Life.

The man of the third millennium will understand that all that which exists in the world is a wonderful representation of his own Being, and that the entire Universe in all its magnitude, is not really perceived from outside but incredibly dreamed and projected from within — ‘a film script that will realize itself while you write.

Posted On March 17, 2015March 9, 2022InInterview, The Schoolbookdreamereconomyelio dannaeuropean school of economicsphilosophysuccessthe school for godsthe technology of the dreamer
0 Facebook Twitter Google Plus LinkedIn