Discourses of the last few days

Discourses of the last few days 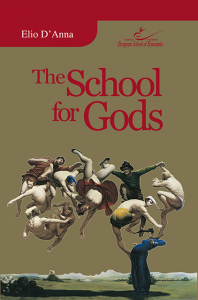 From ‘The School for Gods’

“Cells never have to die!” said the Dreamer, silencing me with an invisible blow.  Though He had found the ‘punctuality’ remark slightly amusing, He was not going to let me or anyone else in the room believe that cells were inanimate material to be disposed of.  He constantly brought us back to the truth that life goes down to the very atom.

“ In every moment we can inject immortality into ourselves and those around us…Express immortality to yourselves and those around you!  Never die inside…never die in your body!” He turned to the shelf behind Him to retrieve the cell phone He used for writing a great deal of messages.  Though the Nokia, a handheld mini- computer was now out of production, it was impressively large and comfortable for writing.  The top of the line several years ago, it was kind and inviting and in time had acquired the charm and charisma of Maxwell Smart’s famous shoe.  He opened its cover and held it close as He searched for the correct message, then read aloud.

“To be physically immortal means to stop death working in your own body, to do that you have to eliminate its  possibility completely from all your cells. Physical immortality means living I the Now without limits – without beginning and without end. Physical Immortality means taking responsibility for your flesh and making your stand now to keep it forever.  It means never dying, never degrading …It is not that you become invulnerable or unkillable, but that you leave no space in yourself for death in any form.  The issue is not being alive, it is being so alive that you cannot die!  Feel yourself living Forever rather than living for death.  Physical Immortality is the only alternative to death.  You have the right to live to your full capacity without limitations or disease – poverty ageing or death.”

I was so sure to have understood about immortality, and the truth that death is unnatural, but paradoxically  happy  to admit that physical fitness included getting read of ‘dead’ cells as if it were perfectly normal and necessary that they die.  Undaunted the Dreamer continued.

“Live 24 hours a day in the absence of death! (immortality must be total)

We are here to become immortal – THIS is our only real occupation.

You can’t have success with death in your hearts.

The state of deathlessness…doubtlessness is necessary to have victory!