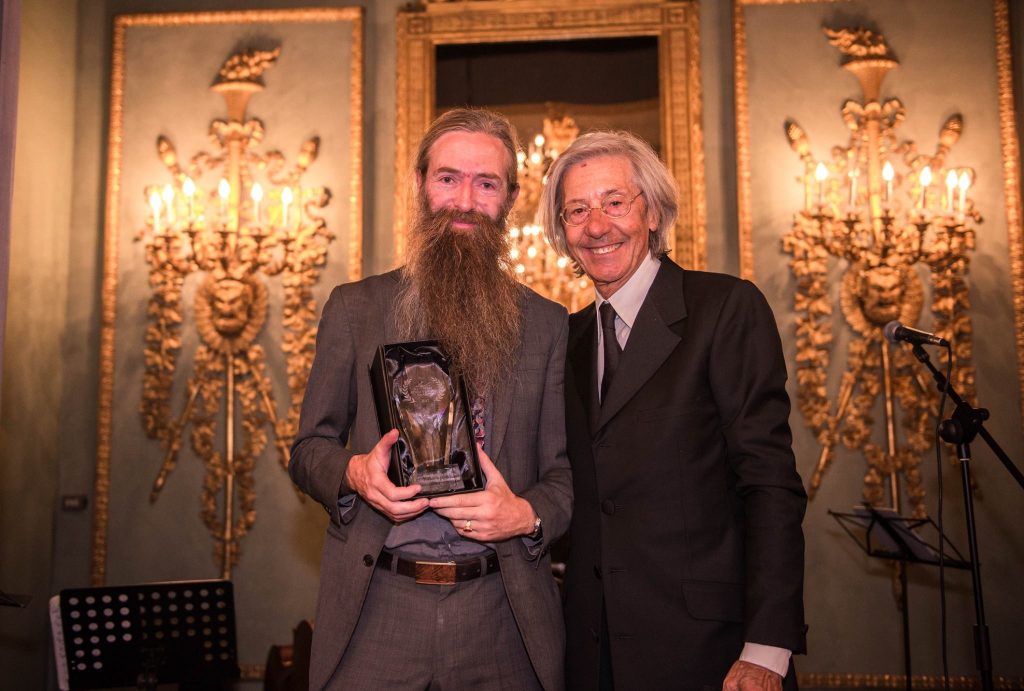 This is a Book that answers before you can ask

The Technology of the Dreamer

The answers you can find in the book ‘The technology of the Dreamer’ are extraordinary even if probably difficult to understand. What emerges from the book is that the outside can not give you anything. The process is always from the inside to the outside. Although an extraordinary being tells you how to transform things, it is the reader who will have to put them into practice.

Aubrey De Grey: Why does not it work? What a shame! I was hoping there would be a happy ending.

Elio: It can not be. You can win death only if you win the small deaths that you inflict on you every day. We die every day thousands of times. We must understand and try to be aware of those dead within us. If you do, you will see that you will die less and less, less and you will understand that physical death is impossible because it is the result of countless deaths that you impose on your body.

Aubrey De Grey: Talk to me a little bit about you. the European School of Economics is a school of economics, have you been an economist for a lifetime?

Elio: I’m also an economist, but I do not teach. I do not like teaching and that’s why I have good teachers.

Aubrey De Grey: All right. But did you think you would create a school and help other people teach?

Elio: They do a great job. My idea was to have to change the education of my country and for this I created a private university with 12 offices distributed in many Italian cities and 5 abroad, one in America and the other in Europe, a completely new idea and revolutionary.

Aubrey De Grey: Which country are you from?

Elio: From Italy. I wanted to change university education in my country and it was an idea that happened very quickly and that’s why there was the attack of a very strong antagonist who took the form of the Italian state.

Aubrey De Grey: Did you hear about a man named John Sperling? Did you hear about him? He was the pioneer of private higher education in the United States. He started with the University of Phoenix about 30 years ago, I think. Originally it was just online. Now it also has physical campuses, it was the first time that a university education was carried out for private profit in the US and it was very successful. The other reason I mention it is that he too was in his last few years because he was very interested in the issues of aging and created a research area on his subject in his institute but I never managed to convince him to support any of our works. He also wrote an excellent autobiography. It was called “Rebel with a Cause”. Maybe I will find a copy to send you.

Elio: In my first book ‘The school for Gods’ there is a chapter on the antagonist, which is a very important element in everyone’s life. The antagonist is a figure that appears only when you have a great idea or a big project and the antagonist is something that you create just to put your foot on and go over. Also reading something about you I noticed that you had many antagonists.

Aubrey De Grey: Yes, I made a rather thick skin. It’s not that bad but there are still many

Elio: This is the same for me too. I had a very ferocious antagonist like the university ministry and I had to give up 9 schools just because they conducted a defamatory media campaign. With my ideas I was attacking the monopoly of the Italian state university. I was focused on ESE and its success and I was happy. When the attack came I had to call the Italian state to the European court that did justice to my university and that’s why I’m not in favor of Brexit. Europe was a great intervention superpartes, the talia was judged by the Supreme Court and the victory allowed more than 1500 boys to see their qualifications recognized. It is very difficult to fight something you do not know where it comes from. You think you’re doing something very positive for your country and for your people, and then something happens and tells you that you’re doing some kind of crime against the institutions.

Aubrey De Grey: For my part, I had a lot of opposition, especially from other scientists, who did not really understand what I was saying. They were not in bad faith, they just thought I was wrong and I was doing damage. Most of the time they were explicit, so I did not have the problem of not knowing – I knew what I was going through. Obviously it was predictable. It happened throughout the history of science and, therefore, I was not surprised, it was just part of the process completely planned and it took a lot of time, but it always is. It also helped me to work with people I knew well enough personally because the ethical field is quite limited. Paradoxically, there was a lot of friendship and at the same time scientific disagreement. Then over time the people who were criticizing me began to realize that I was not as stupid as they had thought. It did not take long. In the beginning it was difficult to gain credibility and besides, I did not receive funds in the same way that many scientists do. I was not asking for money from the government with the peer review system. I was saying things that the public was very interested in, I became popular with the media and I received many invitations to conferences, not necessarily specialist conferences in my field, but general public conferences, including high profile ones that wealthy people would like and so on. So, I have had many contacts with people who could provide money for this. And the best thing was that I came from an unusual background – I started as a computer scientist and a number of wealthy people who were interested in my work also came from a similar background, so I could speak their language. They also realized that the fact that other established scientists were saying no was not necessarily reliable.

Elio: So you joined technology to research on how to put death to death …

Aubrey De Grey: Well, to kill aging. I do not conduct scientific studies for people affected by trucks or other fatal accidents, I’m just working on the causes of death, I like to stress is that my job is to prevent people from dying of old age. I want people to stop aging before the first cause of death is sick, so longevity is a side effect of health. As far as I’m concerned, I’m doing the primary care physician.

Elio: Do you think that when you are with yourself and in solitude, do you ever notice that you are being attacked by something you can not face?

Aubrey De Grey: No, I do not hear it. I feel very peaceful in my life and how I am facing this whole story. I feel very privileged to have been as successful as I have already achieved. Of course, I know there is still a lot to do but I am very happy with how things are. I do not feel any kind of stress or distress or something.

Elio: There is no unhappiness in yourself, no attack of sadness, fear or doubt?

Aubrey De Grey: A lot of people say how I came into this camp and assume that there must have been someone, my mother or whatever, who died and this hurt me but it was not like that at all. What pushed me into this field was the humanitarian challenge. Aging causes much suffering than anything else and I want to save as many lives as possible but at the same time I know that we do not know how difficult the problem is. So, we do not know how long it will take. All I know is that I’m doing the right thing by doing my best to reduce the time. I guess one thing for me is that I like to understand why I think about what I think, but only up to a certain point. So, for example, I want to defeat aging and I want to understand why I want to defeat aging. The answer is that I want to reduce suffering.

Elio: It’s different for me because I really believe the only death is inside of you. So physical death is just something that will be defeated, it will be canceled, if you stop dying inside.

Aubrey De Grey: it would certainly help. I feel the fact that I am very calm in myself, that I am living the life I want to live, it means that I have a low level of stress and that it is also good for my physical health. In fact, and this is an interesting thing, so some people live exceptionally long lives, 100 years, and people who want to study the natural thing to do is study those people. They say “what’s special about these people? What do they have in common?”. And the answer is “almost nothing”. Some of them smoke, some of them are overweight. There is really no law except one, nothing annoys them. They do not particularly have a low-stress life, but when they get into a stressful situation, they know how to handle stress really well.