Meeting with the Nobel Prize for Peace, Adolfo Perez

Meeting with the Nobel Prize for Peace, Adolfo Perez

Meeting with the Nobel Prize for Peace, 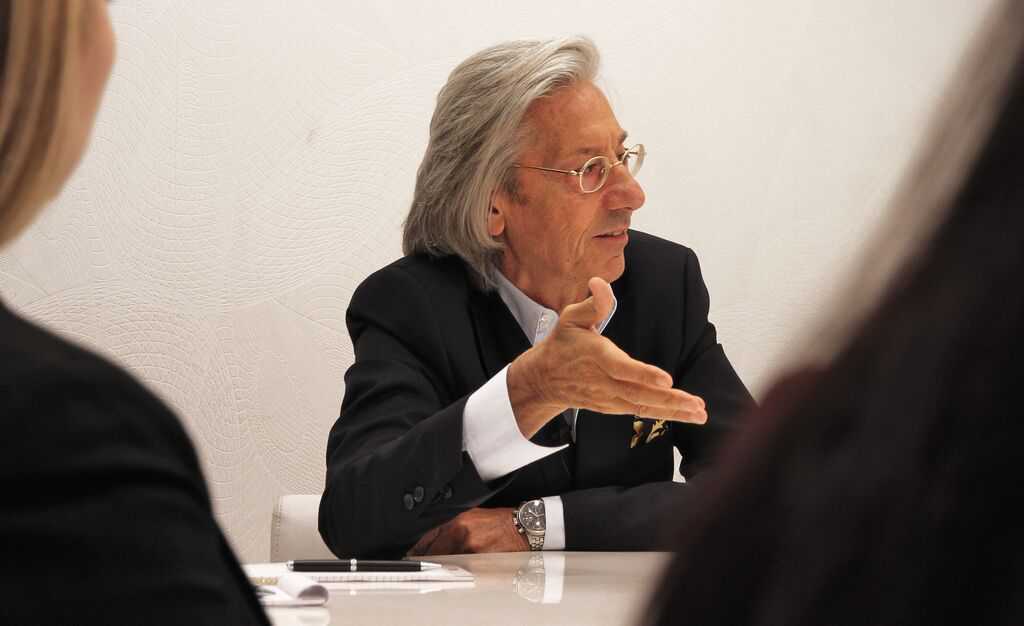 The world is the projection of our way of thinking

Pérez Esquivel was awarded the Nobel Prize for Peace on December 10, 1980, for his efforts in the defense of human right. Accepting the prize “in the name of the poorest and smallest of my brothers and sisters,” he donated the prize money to charity.

“The one who commits a crime or is poor has a distorted vision of the world. He thinks that the external world can make him rich and happy but the truth is that the world and all its events is nothing but the effect, the consequence, the shadow of being. The world is the projection of our way of thinking and the economy is the reflection of our values and our ideas. He who does not give attention to his being will not be able to prosper but is destined to lose his possessions, all that he has and also what he merely ‘believes’ to have”.

Man is made up of layers. He can produce falsity and pain just as he can produce truth, beauty and goodness. We must teach how to bring forth his own uniqueness which the world as a consequence will reflect.

War and peace are inner states.

ESE is dedicated to the individual, to his intellectual and humanitarian preparation, which it puts at the centre of every activity.  ESE teaches the Individual Revolution and is dedicated to the preparation of men that have omitted from their being egoism, conflict, poverty, prejudice and  even the idea that death is unavoidable.  It is for these reasons that they will be able to attract and create wealth.

Man is ready – intelligence and love lie already within. It is visible in every student.  The School does not have to add anything, but to bring to light their originality, and the beauty of their uniqueness. For this reason there is no need for external teachings. The root of ‘educate’ is ‘to take out’  : Ex-duco.

This has to be the main principle for a School of liberty, of self-knowledge… a School of integrity. The school of the future has to eliminate more than to add on. To eliminate old structures, rusted concepts, obsolete ideas, to abandon preconceived notions, false sentiments, imaginary fears and  identification, to destroy negative emotions, destructive thoughts and the certainty of death that has been rooted in every man since childhood.

Today physical disease and death are becoming obsolete. In the near future the idea of physical Immortality will be taught in all schools and universities. It will be unhealthy and dangerous for the future generations of immortalists to live in the presence of mortalists. Up to now the two points of view have created tension on both sides and one of them has always tried to dominate the other.  Today, one of the great tests to overcome is the ability to harmonize the two mentalities, so that they can live peacefully together.

The purpose of your Life is to sustain the entire Universe in comfort, order, pleasure, health and peace. You are the Root of the Universe. The entire world is filled with your creative energy, healing intelligence and Immortality

But heaven on earth cannot be realised until society, politics and economics are dominated and governed by your inner being.  Through self-government you can govern and control governments, wars, military armaments, police, revolutions, and bring peace, joy, health and prosperity to all people in the world.

The world is neither real nor unreal, neither good nor bad, neither happy nor unhappy, neither in war nor peace. The world is simply all that you want it to be.

Posted On April 17, 2015March 1, 2022InInterview, Love Yourself, What others writebookcivilisationdeathlessnessdreamereconomyelio dannaeuropean school of economicsleaderstatessuccessthe school for godsthe technology of the dreamervisionary leadership
0 Facebook Twitter Google Plus LinkedIn